12 Things That Will Happen With The Belfast Bikes

12 Things That Will Happen With The Belfast Bikes 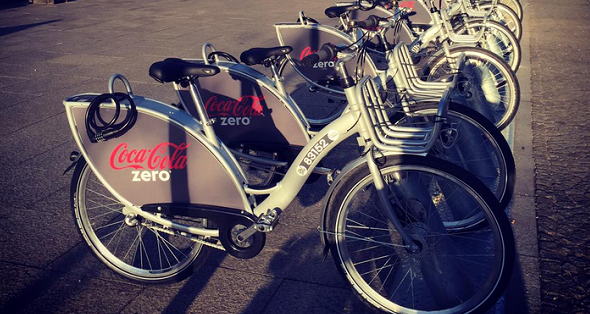 With elections coming up on 7th May, the Northern Irish media has been a bit doom and gloom lately…

So naturally, people are feeling a bit downhearted and losing sight of the great things that Northern Ireland has to offer. No one’s in the mood for a packet of Tayto and even Eamonn Holmes’ banter can’t put a smile on our faces.

But thankfully, this week the long-awaited Belfast Bikes scheme launched, giving us something more positive to focus our attention on.

Here at NI Parcels, we’re very excited about the impact that Belfast Bikes will have on the city, and hopefully the wider country as time goes on. We have a really great feeling about it, so we thought we’d turn our thoughts into an entertaining little blog post that will distract you from all the negative headlines for at least five minutes.

Here are: 12 things that will inevitably happen with the Belfast Bikes

1. There will be selfies. So many selfies. Caption: “Trying out the new @Belfastbikes” Subtext: “Look how fit and healthy I am and how much I care about the environment and my community. AMENT I GREAT?!” 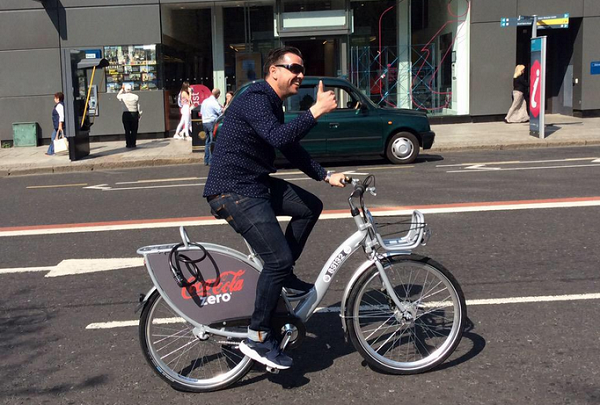 Pete Snodden showing us all how it’s done! (via @petesnodden on Twitter)

2. The media will talk like it’s the best thing to happen to Northern Ireland and make it look like we’re a progressive place, in line with the rest of the UK. Everyone’s going to be fitter and healthier and Belfast is going to be the centre of the world.  (And of course, there’ll be a bunch of negative Nellies who will yap about it.)

3. It will therefore be the greatest novelty in the world for about a month and everyone will sign up and try one out for the craic.

4. Websites and newspapers will compete for the most ridiculous pun infested headlines which we groan at despite being secretly impressed yet sad that we didn’t think of them first. 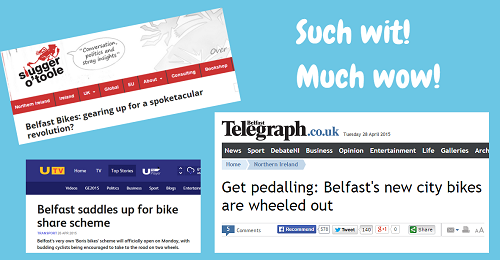 5. There will be pictures of Northern Irish politicians posing on the bikes. And we will make memes with these pictures.

6. Someone will get hurt and there will be calls to ban Belfast Bikes altogether.

7. The helmet issue will become a thing. But nothing will happen with it.

8. More miserable sods will yap about Belfast Bikes and they will be given a funny nickname; ie the coca cola death traps. (Yes, that’s rubbish. I’m sure the great Northern Irish public will think of something better.)

9. Some idiot will definitely attempt to put one on top of a Bonfire. Or dump one in the Lagan. Oh wait… 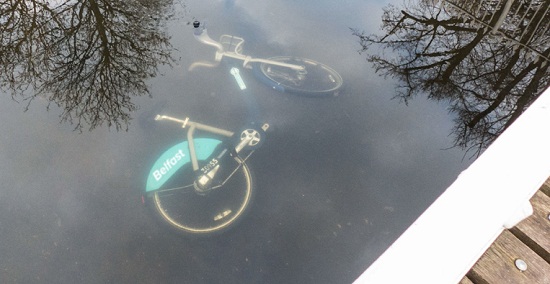 Theulsterfry.com Literally coming up the Lagan in a bubble.

10. The media will make it look like we have a huge vandalism problem and people will be interviewed on Nolan or UTV Live suggesting that we cancel the entire scheme. 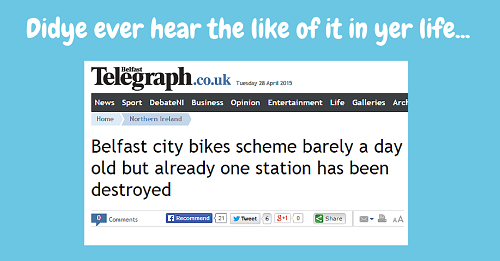 11. Once the buzz dies down and people calm the bap, commuters will start to use them and realise that they are bloody handy.

12. In the end, they’ll eventually become part of day-to-day life and WILL be an asset to the city. 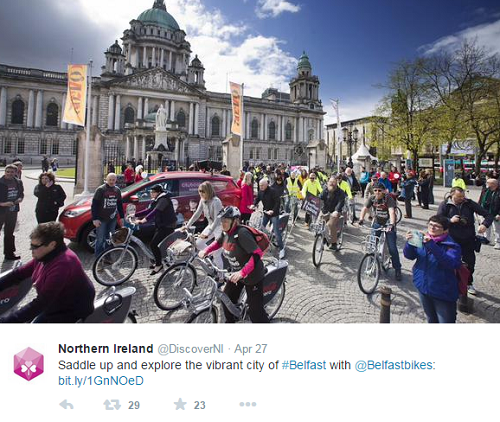 Hi I'm Stuart and I look after the online community at NI Parcels! When I'm not Tweeting and posting on Facebook, you can find me here blogging about all things Norn Irish.
View all posts by Stuart →
This entry was posted in NI Parcels News, Northern Ireland. Bookmark the permalink.